Six important reasons why you should monitor and log your compressed air system.

Proper monitoring of compressed air system is an area of weakness in the compressed air industry.  True, there is usually accurate measurement of pressures and temperatures, two very important parameters to the operation of air compressors, but the tracking of these levels, and others like flow, power and energy over time is very rarely done.

The results of data logging can be used to develop a system baseline; a point of reference from which comparisons can be made.  When Lord Kelvin, said in 1883 “If you cannot measure it, you cannot improve it”, it is doubtful that he had only compressed air systems in mind, however, this statement is so very important to ensuring proper system performance.  It is a fact that what gets measured, gets managed, this is an accurate phrase commonly used in industry.  This is a guiding principle in the new ISO 50000 series of standards intended to guide the management of energy consumption.

The Compressed Air Challenge’s Fundamentals of Compressed Air Systems seminar mentions one of the one of the most important steps of managing the proper operation of a system is to develop a baseline.  A baseline, in terms of compressed air systems, includes not only the power (kW) and energy (kWh) performance of a compressed air system, but also important indicators such as specific power (kW/100 cfm)  and pressure.  Other parameters such as dew point and key temperatures can also important.

A baseline is typically developed using sets of data captured over a period of time, typically annually, from which the operation of a system can be compared to past or future operation.  The numbers captured in the baseline can be used to determine how well the system is performing.  For example if the pressure, power, and flow of a system is captured, the system specific power can be calculated for example on a weekly basis.  For example the system consumed 35 kW per 100 cfm over its baseline period, but when it was commissioned the level was 20 kW per 100 cfm, this could be an indicator that something has gone wrong with the compressed air production equipment.

Often, if system optimisation is a goal, and utility financial incentives are available, one of the requirements of accessing the funding will be to measure this system with data loggers and develop an energy consumption baseline.

An example of the value of baselining was shown recently at an aerospace company that produced rocket fuel.  The company compound had three separate buildings located at a distance in blast zones.  In each building was a small 30 hp compressed air system operating in modulation.  The compressors in use had rated specific power of about 22 kW per 100 cfm at full load and full pressure.  When data loggers were placed on the systems it was found that these very lightly loaded compressors were consuming about 200 kW/ 100 cfm, almost ten times rated levels.  The system operator was unaware of the poor efficiency because no power or flow measurement had previously taken place.  Right sizing the compressors and operating in a more efficient control mode has reduced the specific power significantly to more normal values.

Data logging can be used to monitor system control and ensure air compressors are operating correctly. The control of compressed air systems is very important to trouble free operation.  The system should be capable of producing a stable supply of clean, dry compressed air at the appropriate pressure in the most efficient manner possible.  But some facilities use the telephone to manage their air systems.  If plant production is having pressure problems then they telephone the compressor operators, who then jack up the pressure.  This method is unsophisticated and inaccurate ane usually results in system pressure that is much higher than necessary, leading to wasted artificial compressed air flow and higher than desired energy costs.

Measuring a compressed air system with data logging equipment allows the operation of the compressor controls to be verified.  By analysing the compressor response to system pressure or system flow changes the user of the data can ensure the system is operating correctly to maintain system efficiency.

An example of the value logging to ensure correct control is a problem that was discovered at small paint manufacturer.  The operators of the compressed air system religiously turned on their three compressors at 7:30 am each production day, and then for the evening shift turned off one main compressor to save energy at 4:30 pm each day.  All compressors were turned off after midnight.  As a service to this customer the local power utility funded a study of the system using data loggers.  The data loggers showed two of the three compressors had good response to system pressure, however, the third had no response whatsoever.  This was evident when the system auditor analysed the data and noted that turning off the third compressor made no difference to the system pressure profile.  The compressor, a vane style unit, had internal problems and subsequent testing revealed it was producing almost no compressed air, yet was consuming near full power. 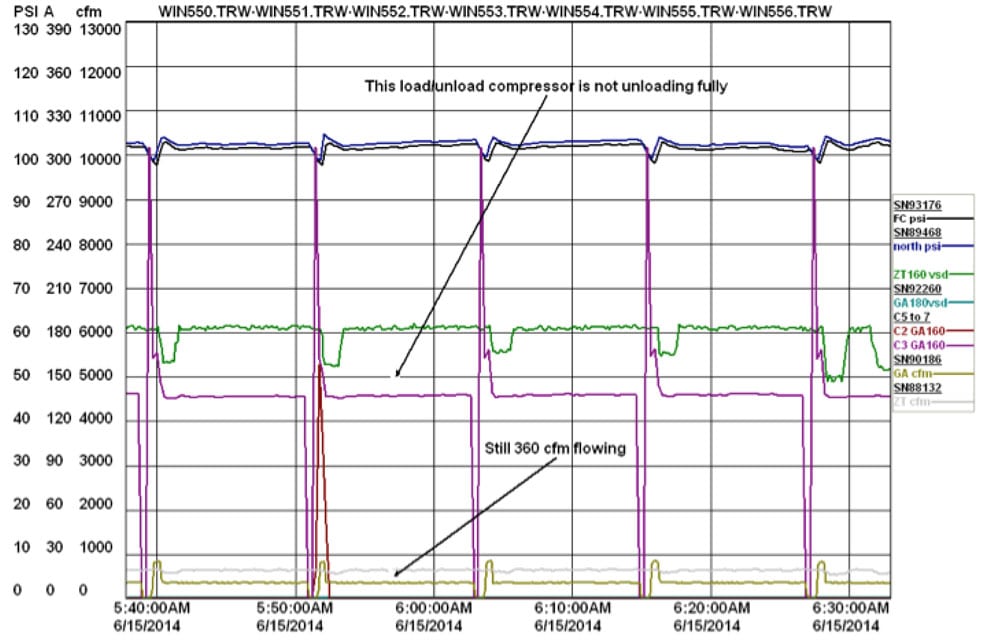 Chart 1 : Data logging flagged a serious issue with the unloading circuit of Compressor 3

Data logging can be used to monitor system pressure stability.  Compressed air systems are very dynamic; conditions are constantly changing over time.  During these changes the compressors must react correctly to maintain adequate system pressure.  Sometimes low pressure events can be experienced at random and cause the system pressure to vary widely.  It is difficult to closely monitor system pressure manually to detect these problems, but placing data loggers on the system allows the data to be downloaded and analysed at convenient times.  If multiple parameters are logged, such as pressure, flow, and compressor power the response of the compressors to pressure changes, or the response of the pressure to compressor changes can be determined.

An example of the value of data logging in solving pressure problems was seen at a metal foundry.  The foundry was experiencing random low pressure events that affected plant production.  The adequately sized load/unload style of screw compressor appeared to be operating adequately, and no end uses were found that could be causing the drawdown of the system pressure.  Data loggers were placed on the system and analysis found that a characteristic of the compressor control type was causing the problem.  The type of compressor installed at the facility had a starts per hour counter that turned off the compressor between cycles if the allowable number of motor starts had not been exceeded.  Unfortunately the system receiver capacity was inadequate and the compressor was operating on short cycles.  Whenever the compressor turned off between cycles, which occurred more or less randomly, the pressure would fall rapidly.  The compressor could not restart fast enough once the load signal was received to save the plant from low pressure.  The data logging clearly showed this problem was compressor related, the problem was solved by adding enough main storage receiver capacity to prevent pressure issues during compressor shutdown.

Data loggers are very useful for troubleshooting, especially after system problems have occurred.  If the collected data remains in a database the important parameters can be reviewed to determine what was happening at the time of the problem.

An example of this occurred at a large bus manufacturer.  A new compressor had been installed but had been experiencing months of shutdowns due to an unknown cause which affected the reliability of the system.  The supplier of the compressor had exhausted every known way to solve the problem, at significant cost,  and still the unit was shutting down.  The system data logging files were reviewed and it could be seen that the compressor shut down was occurring more or less at the same time each day, about the time of shift change.  The data logs also showed whenever the unit shut down it was always as a result of the loss of voltage to its input, yet none of the other compressors on the same electrical feed experienced this same problem.  The cause was a disconnect switch on the input to the compressor. 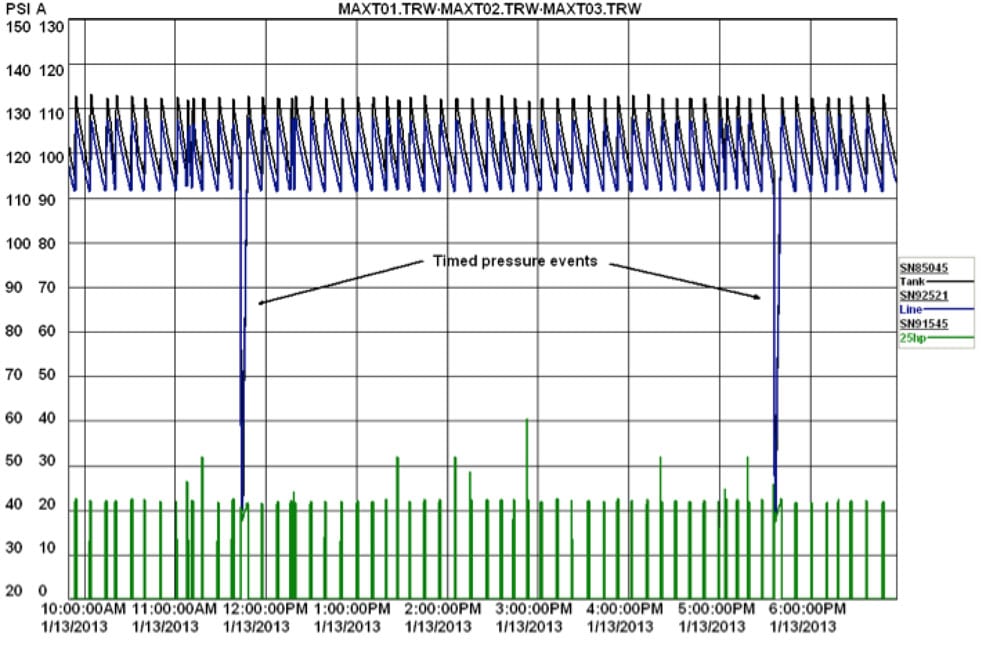 Chart 2 : A previously unknown pressure problem was tracked using data loggers and found to be a faulty drain valve

Data logging is often necessary to ensure new equipment is operating properly and predicted savings have been achieved, especially for system that have been upgraded as a result of energy projects.  In most cases the equipment will run as expected, however, there are occasional issues in commissioning equipment.  These can be detected and corrected if the system is monitored using data loggers.

More system storage capacity was added to slow down the pressure changes.  Subsequent data logging showed smooth transitions whenever base compressors came on or turned off, and that the VSD compressor was operating as a very efficient and effective trim compressor.  Regular analysis of this system had ensured the excellent system efficiency has been maintained.

Data loggers can be used to size compressors and associated equipment before replacement projects.  It is often difficult to assess if the existing system is correctly sized for the existing load and if a smaller or larger system is required to maintain adequate capacity and  efficient system operation.  Taking a snapshot of system operation before starting the purchasing process can prevent incorrect sizing decisions.

An example of this use is for a metal products fabricator looking to purchase a failing compressor.  The 150 hp unit was running at 20 % of its capacity leading the plant personnel to believe that a much smaller compressor could be purchased.  A 30 HP size was being considered, however, the data logging showed that peak flows that were pushing the existing compressor to 50% flow for short periods of time due to a seldom run, but important piece of production machinery.  If a 30 HP compressor had been purchased it would have been too small.  A 100 HP VSD compressor was purchased instead which provided enough peak capacity and efficient operation at low flows.

Our independence is the key to our success

Huge increases in the cost of energy has seen the company start to focus on energy management. We are now regularly called upon in a consulting capacity to design compressed air systems that are efficient as well as reliable and safe. Our independence is key to our success, we are not encumbered by the constraints of a typical compressor dealer, we design each system with an open mind and scour the market for equipment that best suits our clients needs.

We use specialist compressed air equipment

The company has invested heavily in specialist instrumentation equipment and the training of personnel to operate and understand measurement and monitoring methods for compressed air and gas systems. Our whole approach sets Compressed Air Technology apart from the crowd, we believe in what we do, are passionate about compressed air and strive to build long lasting, mutually beneficial relationships with a wide range of clients across a variety of sectors. 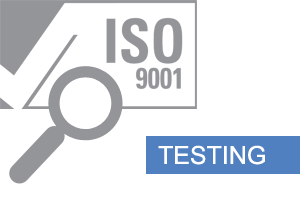 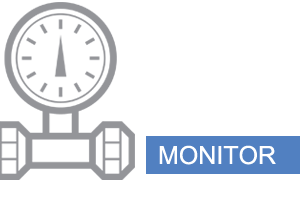 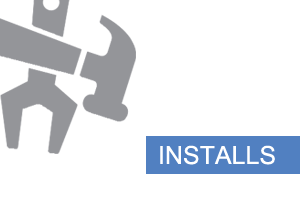 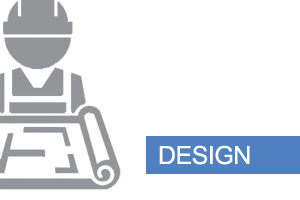 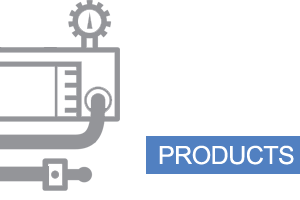